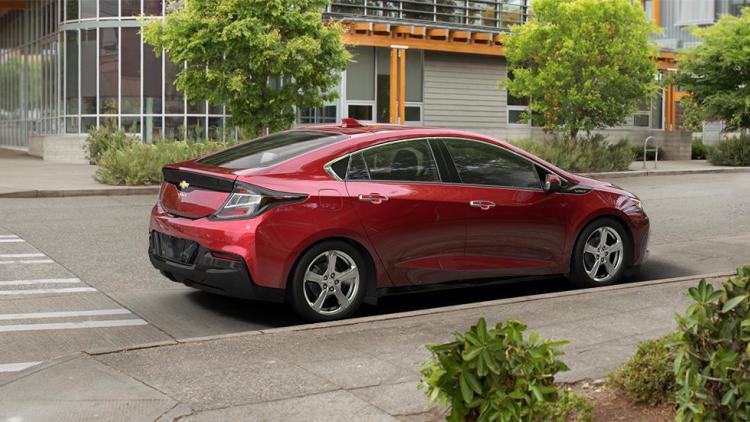 Mr. Mobile gives an in-depth review of the new, 2017 Chevy Volt. Chevy has made some key enhancements since 2012, make sure you are up to date with all the new features.  The 2017 Chevy Volt includes self-parking, proximity sensors, front and rear mounted cameras that indicates when you are near an obstacle, blind spot
Read More
Car manufacturers have been working hard to produce cars which have lower emissions and have as little an effect as possible on the environment. However, despite the good intention behind these vehicles the number of sales is declining, in parallel with the reduction in the cost of fuel. As fuel becomes cheaper it is easier
Read More
Long story short, GM will be strenthening the Volt’s frame that protects the battery pack from side impact collisions, and make enhancments to the vehicle’s battery cooling system.  The enhancements come in response to a National Highway Traffic Safety Administration Preliminary Evaluation which found that a full-scale vehicle crash test last May resulted in an
Read More
This is a neat video of a pre-production Volt in action. You actually get a first-hand perspective of what it is like to ride in this range extended plug-in electric vehicle. The car is basically complete, with a working LCD screen in the dash. The passengers note that the car does have a good amount
Read More
I watch YouTube more than I care to admit. Last week I noticed a mystifying advertisement before many of the videos: A green screen with a large number 230, with the 0 depicted as a winking standard electrical wall outlet, and a smaller date 8-11 underneath. Since I had no idea what the numbers meant,
Read More
This video shows how the Chevy Volt’s system charges, operates, and how the range extender kicks in to sustain the battery’s life for a few hundred more miles
Read More