Lexus have been at the forefront of hybrid technology since it arrived. They are always worth looking at if you are in the market for a more environmentally friendly ride. Their latest attempt at a hybrid is the CT 200H – a slick looking hatchback, which is the subject of varying opinion.

On the one hand, you have the car reviewers – and they aren’t overly impressed. However, when you look at user reviews – the ones that matter – people seem to love their new CT200H. So, what’s the truth? In today’s guide, we’re going to take a closer look at the Lexus CT200H and reveal our full opinion. Read on to find out more! 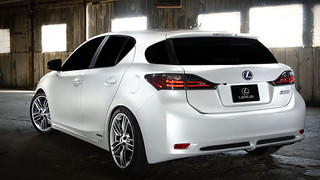 The CT200H has been on the scene for some time now, and it is still a big draw for punters looking to embrace hybrid tech. It’s a hatchback, too; probably the best hatchback hybrid option out there – for now. So, it gives you a little mobility around a city setting, and it has enough about it to draw admiring glances.

However, there is some stiff competition arriving on the scene these days. Audi has the A3 Sportback e-on coming out, and the Toyota RAV4 can also be put in the hatchback category. So, the big question is, can the Lexus CT200H hold on to its draw as its rivals appear on the streets?

So, looking from the outside in, the CT200H is an attractive sight, without blowing you away. It’s a four-door hatchback with enough room to fit five passengers in comfort – not bad for its size. Your basic models start with a set of 170-inch alloy wheels, auto headlights and a sunroof. You can also expect heated mirrors, keyless ignition, and premium vinyl upholstery.

Upgrades are available, of course. Highlights include heated seats, automatic windscreen wipers, and an auto-dimming rearview mirror. You can also add on a nice looking audio system complete with ten speakers dotted around the car. There’s also the standard display screens to think about, and you can upgrade, so the system has an extra USB slot.

The luxury package has all these features on board, of course, and a little more. You can upgrade the vinyl seats to leather, and your touchscreen interface can include HD radio and a navigation system. Telematics will be on board, too, and if you go for the sports version, you can enjoy the obligatory spoiler on the back.

Sitting in the CT200H is a pleasant experience, albeit not one that screams luxury. It’s no surprise given its price point – a quick look at the RRG Group will tell you how much you can expect to pay. However, Lexus have been clever with their materials. They are using recycled, sustainable gear to furnish the car wherever possible. So, not only are you using less fuel, but you are also helping the environment in a material sense, too. 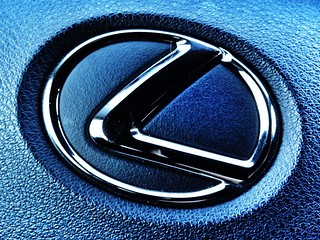 The seats are comfy and feel robust enough for a hard drive. There’s plenty of leg space, too. Getting into the car is another thing entirely, however. The front doors are fine, but the passenger doors are on the small side. Adults of a larger size might struggle to get in and out with any ease – or composure.

There’s a good amount of space in the back, but you can’t expect miracles with a hatchback. That said, put the back seats down and you will free up enough room for a road trip or a holiday for two.

OK, so let’s start the engine. The Lexus CT200H is not going to win any awards for speed and acceleration. It’s a little sluggish on the motorways, to be honest, with total output sitting at 134 hp. It’s going to take you over ten seconds to get from 0-60 mph – not great, but it won’t keep you struggling to overtake milk vans.

Of course, when you have a hybrid car, you have two choices. You can go for power and speed, but expect to pay through the nose when it comes to fuel efficiency. So, if you are looking for an excellent mpg rate rather than a speedster, the CT200H is worth a look. Lexus estimate you can get around 42mpg combined although this can be more for city driving.

All this said, the CT200H is a handy little vehicle, and handles well. There are automatic collision sensors on board, too, so you shouldn’t have any problems parking in busy areas. In short, it’s a great little car for the city and town – but less so for long distance drivers.

So where is the disconnect between reviewers and the general public when it comes to the Lexus CT200H? Well, just like art and movie critics, auto reviewers can be a snobby bunch. There’s an element of dislike in mainstream cars, and even the good ones seem to receive faint praise.

But, reviewers just aren’t like the rest of us. They get to drive some of the best vehicles on the road, but won’t take them out for long. So, while their first impressions will involve comparing a car with stiff competition, they won’t have time to get a real feel for the vehicle.

Average folk tend to feel a little different. They have the time to get to know the car. Owners begin to notice the money saving through fuel economy, work out the car’s quirks, and get to enjoy the experience a lot more.

So the big question is, can the Lexus CT200H stand up as your next car? If you are in the market for a hybrid hatchback, it’s still one of your best options. Whether it can hold off from its competitors for much longer, though, is another question entirely. For the moment, though, it is a great city car that offers a lot of value and options. It’s a good entry point for anyone new to hybrids and looks stylish enough to appease most tastes.

Think the CT200H might be for you? Let us know your thoughts in the comments section below!