This is Zap’s more conservative and realistic electric model, but you wouldn’t know just by looking at it. With a 0-60 at a modest 7.7 seconds, a top speed of 100 mph, and a driving range of 100 miles on a charge, the Zap Alias doesn’t quite live up to its futuristic body style. However you can reserve on of these now at a list price of $32,500; which will make it one of the cheapest highway capable electric vehicles on the market. Normally I cannot get over the oddness of three wheel ev’s. But this particular car makes it work with an aggressive, wide back wheel. The car might be classified as a motorcycle, which seems reasonable, because I’ve seen sport bikes that are nearly as oddly designed. Still, it should be able to seat two semi-comfortably. Here’s a recent video capturing footage of this extraterrestrial craft among us. The car is expected to be delivered in mid 2009. 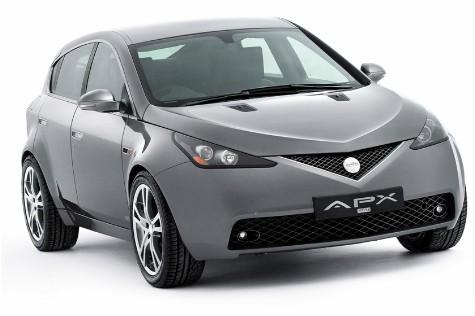 The Zap-X concept has been around for awhile now. Potentially, if the vehicle comes to fruition, it will be capable of charging in a mere 10 minutes, driving 350 miles on a charge, and will be packing 644 bhp. Originally the vehicle was set to release in 2008. The delay most likely comes from an inability to back up these audacious charging and driving range claims; because the battery capable of these fetes has not actually been developed yet. There has not been much news on this car in the past year, but Zap keeps the car specs up with a release date of 2010 tentatively set.

The car is technically a SUV crossover and will be longer that a Prius. They are also implementing a new technology called “solar glass”, which will allow the car windows to trap solar energy. Since the technology is so new, it is unlikely the windows will produce any significant charge. Zap claims the price of the car will be around $60,000. However, as with all electric cars set to release in the not so distant future, you have to take it with a grain of salt. There is a strong chance this car will never be released judging by Zap’s track record. I encourage you to read this provided link to understand the nature of the electric car business. Since the electric car industry is relatively new and uncharted territory, some companies may come up with miraculous car concepts simply to generate hype, with no intention of selling them. So keep a discerning eye, but don’t be discouraged, because as long as gas prices are high, alternative energy sources continue to be developed, and there continuous to not be any existent infrastructure for alternative fuels, electric cars will become the next mode of personal transportation.