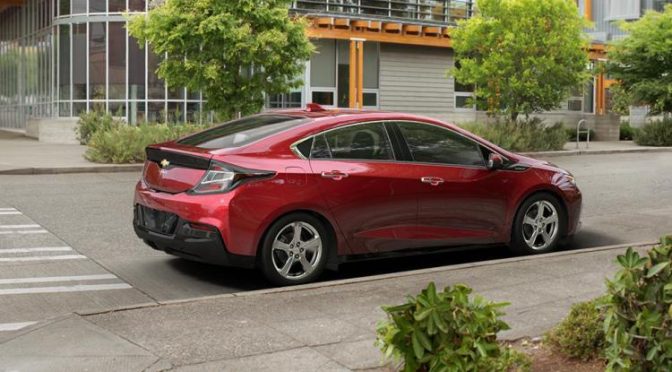 Mr. Mobile gives an in-depth review of the new, 2017 Chevy Volt. Chevy has made some key enhancements since 2012, make sure you are up to date with all the new features.  The 2017 Chevy Volt includes self-parking, proximity sensors, front and rear mounted cameras that indicates when you are near an obstacle, blind spot warnings, remotes starting, locking, and locating, and just an absolute myriad of  “smart” features you might come to expect with a high-end vehicle these days. Also, the new Chevy Volt can take regular unleaded gasoline, instead of the premium unleaded the generator sipped before.

The Chevy Volt is an extended range electric vehicle; or you could just call it a E-REV or a PHEV.  So, it has an electric range of about 50 miles before its four-cylinder generator kicks in to extend the car’s range to 420 miles.  Then, you can choose to plug it in, charge it, or both.  Since the Volt concept’s inception, Chevy has held on to the idea that consumers would like to hold on to their traditional gas station fill-ups, while enjoying the newfangled garage charging sessions.

Unfortunately, the Chevy Volt has never been as exciting to read, write, or dream about as the Tesla Model S 85D model with a rating of 270 miles, and its $85,000 price. However 50 miles a day of solid, EV drive is more than enough range for the average American driver. According to the Borough of Transportation Statistics, the regular Joe American Driver only drives 29 miles a day.  Additionally, 45% of our trips are simply shopping and doing errands.  So like Jay Leno demonstrated, if you partition your trips wisely, you might not put a drop of gasoline in Chevy’s Volt for years. 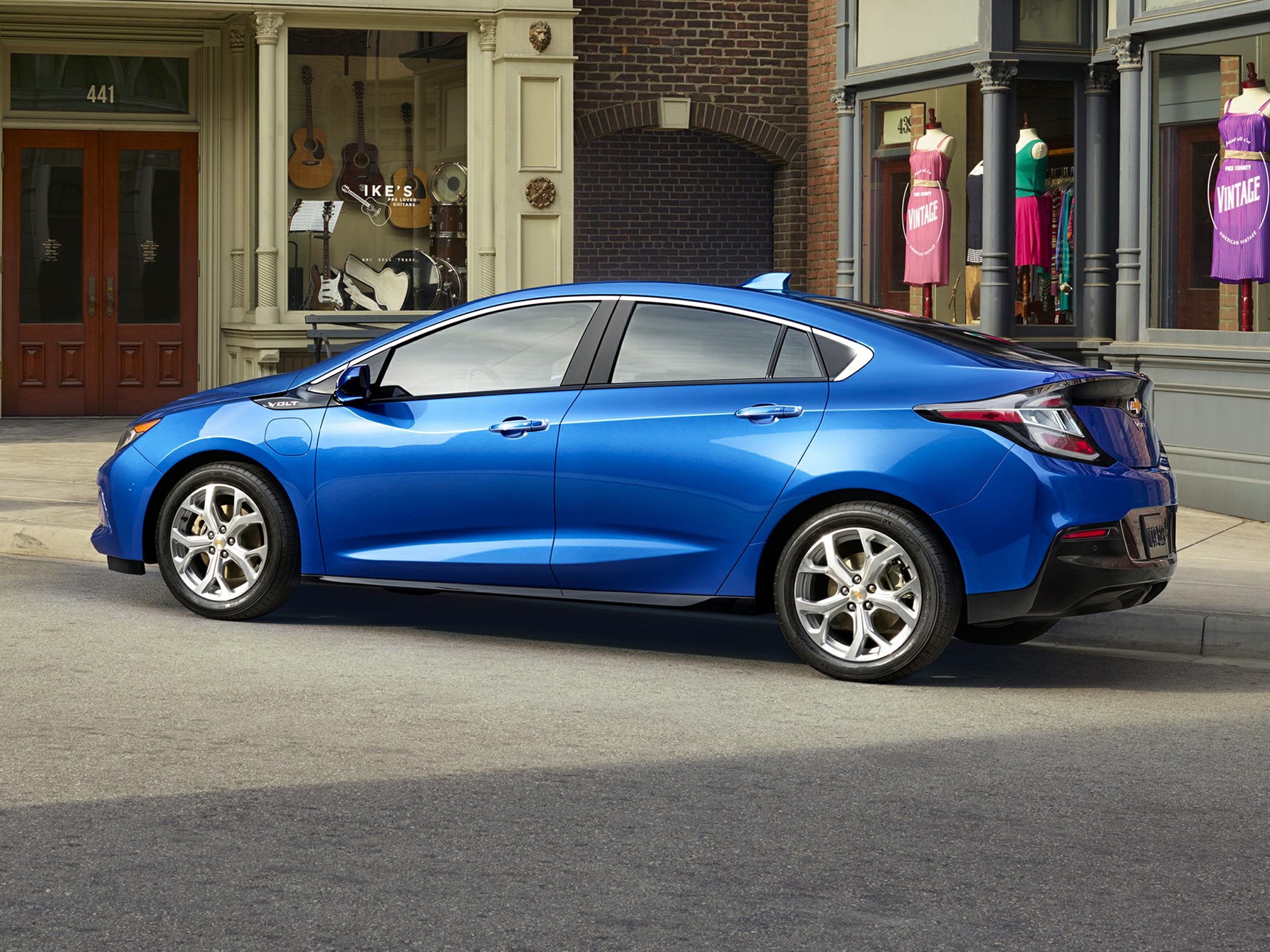 So if you are interested in kicking gasoline to the curb, or at least enticed by visiting the pump much less frequently than Jane Soccermom in her SUV crossover next door for $34,490 to about $40,000 fully featured, the Chevy Volt may be a great deal for you.