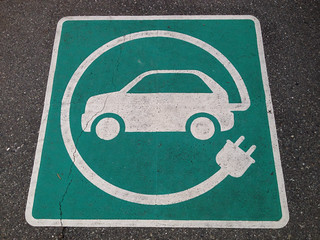 Practicalities aside, running an electric car, it appears, is full of various expenses. But is this really true? The thing, of course, with any electric car is that you are benefiting the planet, but is this a detriment to your wallet? Let’s break down the various costs essential to keeping an electric car running, and the upfront costs that you need, as well as the other pertinent aspects.

The Cost Of The Car

The first thing to notice is that these cars cost a lot more front than a standard vehicle. As far as average cost is concerned, the best-selling electric car in the United Kingdom, the Nissan LEAF, costs roughly £8,000 more than the most popular petrol car in the country, the Ford Fiesta. But the difference is bearable in some respects. The UK government will give grants towards the cost of electric cars, up to £4,500. The cost upfront is quite a dent in your savings. You could go for the cheaper models that are exempt from road tax, but with these ones you are looking at less than £40,000. As far as the impact on the environment is concerned, it is something worth considering, and based on your finances, you might start looking for the best place to get a personal loan, so you can make this upfront payment because you will recoup the costs in other ways…

The one thing that is glaringly obvious is the lack of petrol costs, and so when you are looking at an electric vehicle battery, the charge for every 100 miles is between £2 and £4. So, straight away, if you can get roughly 300 miles out of a 1.2-litre tank, which costs roughly between £35 and £40, you’ve got a major saving! The most recent Tesla model offers 335 miles as a maximum range and the Nissan LEAF needs charging after 100 miles. As far the practicalities are concerned, as long as you have charging points dotted around your destinations, there is a major saving to be had. The other factors to consider in terms of getting the most mileage out of your electric car is what time of year you drive it, as well as if you like to listen to music in your car! The more in-car functions you use, the quicker it will drain the battery. It’s worth bearing this in mind.

We all need to change the battery on occasion. This does depend on the model car that you buy. A Nissan LEAF, with a 30kWh battery, is covered for 8 years or 100,000 miles, whichever one you hit first. But will you look at the battery pack in the Tesla Model S, it only loses 8% of its battery life after 100,000 miles.

Overall, mathematics needs to be your strong point, and you need to calculate right now if it’s worth your expenditure. Apart from the benefits to the planet, and the value it can retain if you keep it safe, despite the government funding you can get right now, lots of people find that it’s too much of a dent in their wallet. However, petrol cars are going to be outlawed in 2040 in the United Kingdom, so it’s time to start saving!