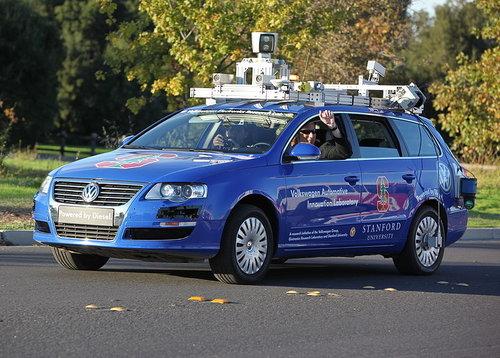 Cars are one of the most important pieces of technology that are part of our daily life. They’re used on a regular basis by people all over the world, which is why the technology we see today is so advanced. Unless you’re someone who uses public transport or walks everywhere then it’s likely that you spend a lot of time travelling in a car.

Although cars are an amazing invention, journeys aren’t always as pleasant as they could be. Being stuck bumper to bumper in traffic, spending what seems like hours looking for a parking space or simply being stuck behind a loud truck are all things that can anger even the most relaxed of drivers.

A new wave of technology is making its way onto the market. These innovations are being created by carmakers and tech companies to improve the driving experience for both the driver and passengers.

With the introduction of features such as hill start assistance and parking sensors, cars are already becoming smarter and safer. Future technologies will not only help to further improve the way a car works, but also how they affect the world around us.

Over the years there’s been talk of how digital devices will communicate with each other. You go out to the shops and your fridge notices that you have no eggs left, resulting in a text to your phone alerting you of the situation.

Whilst this technology isn’t going to be implemented anytime soon, we may be seeing it introduced into cars a lot sooner. Cars are already becoming more computerised as new models come out, so it seems like the natural thing to do.

Driving down the road and being alerted to the car ahead’s speed, direction and if they start to drift into a lane can be lifesaving information. Imagine being able to know if a person is going to turn right before they even indicate, giving you plenty of time to slow down.

The majority of accidents that happen on the road are due to human error. It’s easy to see why. How many times do people get behind the wheel if they’re feeling tired, or get distracted easily by either an electronic device or something outside the window? In some cases, some people have a stroke when driving.

Because of all these reasons, researchers are investing their time and effort into tech that monitors both the flesh and blood of a driver, helping them to avoid any accidents. One of the most notable additions is a sensor that can be seen in the passenger cabin. It monitors the drivers essential vitals such as heart rate, movement of the eyes and even the brain activity.

Some car makers are even developing technology that works to detect if a person is drunk driving. A specially placed sensor found in the gear stick measures the alcohol level in a drivers sweat, and car navigation systems sounding an alarm if erratic driving is detected.

For many a year, the majority of car headlights were simple. They pointed ahead, allowing the driver to pick higher beams which allows much better visibility on the darkest of roads. Recently more energy efficient lights were introduced, including halogen and xenon.

The technology is getting even more sophisticated, with smart headlights that detect how bright or what direction they need to be pointed so that the driver can see properly. Laser high beams are able to light up the road ahead at least double the distance LED high beam headlights can. This is all done without using anywhere near as much energy.

One of the biggest problems people have with other peoples highlights is getting dazzled. The newest generation in LED lights use sensors so that they can tell if there’s any oncoming traffic. It then automatically moves the beams so you can see the road ahead without blinding another driver.

Without even a second thought, parking a car is one of the most stressful parts of driving. Even for some of the most veteran drivers with years of experience, parallel parking can be a real struggle. There isn’t anything fun about driving around in circles, competing with other drivers trying to find the last space.

All of these reasons are why car makers have been developing technologies that can help make this process less stressful. We already have parking sensors, but just wait till you read the next step in parking technology.

With just a push of a button, a car can park itself. As you drive along your car will search for a free parking space to pull into. It will then park itself into the spot, even without you being in the car. Being able to park a car without you being within it has it’s own benefits, especially if there’s a situation where you won’t be able to open your door.

In Japan a driverless valet car parking system that relies on WI-FI and a series of cameras that are placed in the corner of the parking area. A motorist simply drives to a specific drop off point, gets out the car and watches it steer itself into a space that’s open. Once they’re ready to leave, they use their phone to bring the car to the pickup section, which would be a great help at a busy shopping centre.

Car technology and the future 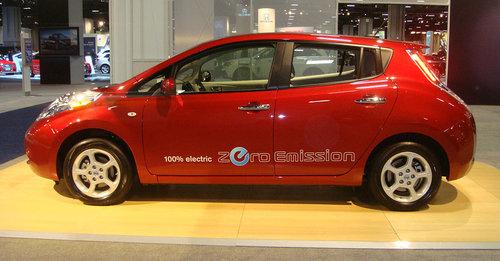 With more money being put into car technology than ever before, there has truly never been a better time to excited for what the future may hold. The technology that have been focused on in this article will get perfected, and then who knows what will be developed.

Who knows, in the future we may not even have to be behind the wheel when on a car journey. Technology is allowing cars to become more efficient and safer, even if the addition doesn’t seem to be that much of a deal. Only time will tell.

This blog was written by Jennifer Smith on behalf of Stratstone, the UK’s leading premium automotive retailer.

One thought on “What technology do we expect to be introduced in cars in the next decade?”